There was recent article in Nature Reviews Drug Discovery entitled “Small molecules against RNA targets attract big backers.” The article described several molecules that came out phenotypic screeening programs at Novartis, Merck, and Pfizer. These molecules target RNA instead of protein. “This was a huge surprise to us,” says RAjeev Sivasankaranm head of neurosciences group at Novartis. The group had been trying for years to figure out how a small molecule LMI070 works.

It should have been no surprise. RNA is turning out to be far more important than protein in cellular biology. I suspect that many of the molecules we currently think work through proteins will turn out to actually work through RNA. And many of the molecules where we have been unable to explain the mechanism of action (and there are many, including gold), will turn out to work via RNA.

Since we used to think protein was the most important class of target for drugs, we forced most of the molecules into that paradigm. Now that it’s becoming clear that this is not the case, our understanding of the drugs’ mechanism of action are being transformed.

You know those people who only need 4 hours of sleep a night, yet who are energetic to the point of making you feel exhausted just by seeing what they do in a day? Well, there’s an app for that. OK, not really, but there is a gene for that. It’s called DEC2 (also called BHLHE41), and the evidence for it is pretty convincing. The group that originally identified this gene even made mice with a mutation in the gene and the mice also became short sleepers, and at least one other group has identified mutations subsequently in the same gene in other families with short sleep phenomenon.

What does this gene do, can I have a copy of that mutation, you are asking yourself. END_OF_DOCUMENT_TOKEN_TO_BE_REPLACED

The bacteria called Fusobacterium nucleatum plays an important role in causing gingivitis and periodontal disease. It is also found in the placenta. Gingivitis is an interesting disease, because people who have gingivitis also tend to have higher risk of a number of other problems, such as diabetes and heart disease. It has been a long-running debate whether gingivitis causes these other diseases or whether it’s just a non-causal correlation.

Into that debate drops this bombshell: a paper recently published in Nature just reported that Fusobacterium, which was previously reported to be found in many patients with colon cancer and to induce tumors (in this paper, they show the bacteria recruit immune cells to the tumor, which is very very bad END_OF_DOCUMENT_TOKEN_TO_BE_REPLACED

There is a fantastic post by luysii on his Chemiotics II blog. In it, he discusses his theory that senescent cell may be producing mediators that cause chronic fatigue syndrome (CFS). I think it’s a fascinating idea.

CFS is a terrible disease, made worse by the fact that some physicians don’t believe that it exists. Trust me, it does.

An interesting things about the disease is that it tend to occur in high income countries, and almost never in developing countries, and that in my experience, it tends to occur in women from mid to higher socioeconomic strata. This is in contrast to fibromyalgia, which END_OF_DOCUMENT_TOKEN_TO_BE_REPLACED

This caused an uproar. To prove such a ridiculous thing, some companies howled, would END_OF_DOCUMENT_TOKEN_TO_BE_REPLACED

When I was an undergrad, working on fruit flies (I would sit in a coldroom, which was essentially a big refrigerator, injecting fruit fly eggs with a tiny glass needle I blew myself, making some of the very early transgenic fruit flies), mite infestations would occasionally sweep through the lab, killing hundreds of thousands of fruit flies. Some of the flies represented years of work by students and postdocs. 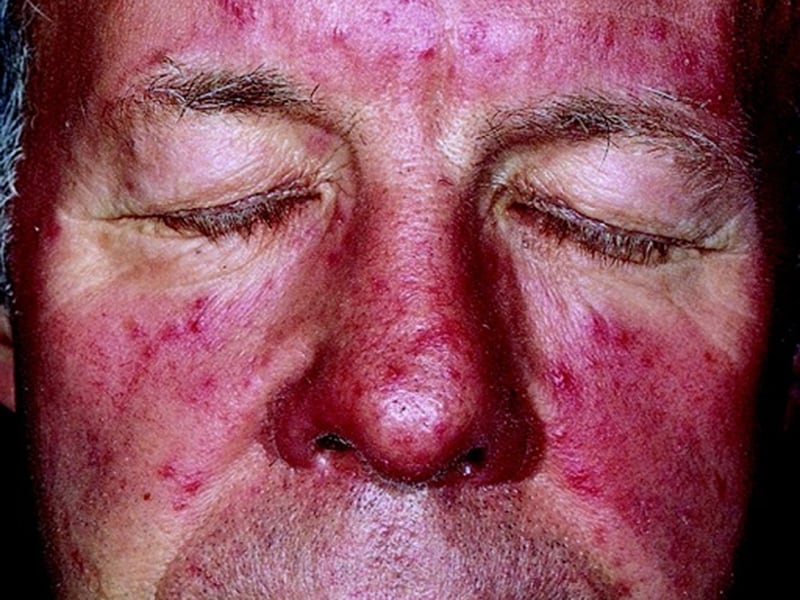 Which brings us to rosacea. END_OF_DOCUMENT_TOKEN_TO_BE_REPLACED